14th edition of MTB Himalaya is starting on 27th September from Shimla. Cycling competition will conclud at Dharamshala on 6th October, 2018. Himalayan Adventure Sports and Tourism Promotion Association (HASTPA) in association with Department of Tourism and Civil Aviation are organizing the premier cycling event.

80 riders of 14 countries will cover 650 Km from Himalayan trails. 15 cyclists from across the country will be riding with the tallest names in spot of mountain biking.

President HASTPA Mohit Sood said the biking race would cover 650 Km in eight stages and nine days. He said that HASTPA has pioneered the advent of adventure of Sports of India with mountain biking which has put Himachal Himalaya at the forefront of mountain biking culture in the country.

He said that HASTPA wishes to make digital education a reality for students of Himachal Pradesh and for this we have collaborated with E-shishya an online mentoring programme for bright rural and semi urban children in India. He said that through simple phone and video calls our partnership will help us bridge the gap between talented professional and deserving children with low economic background. 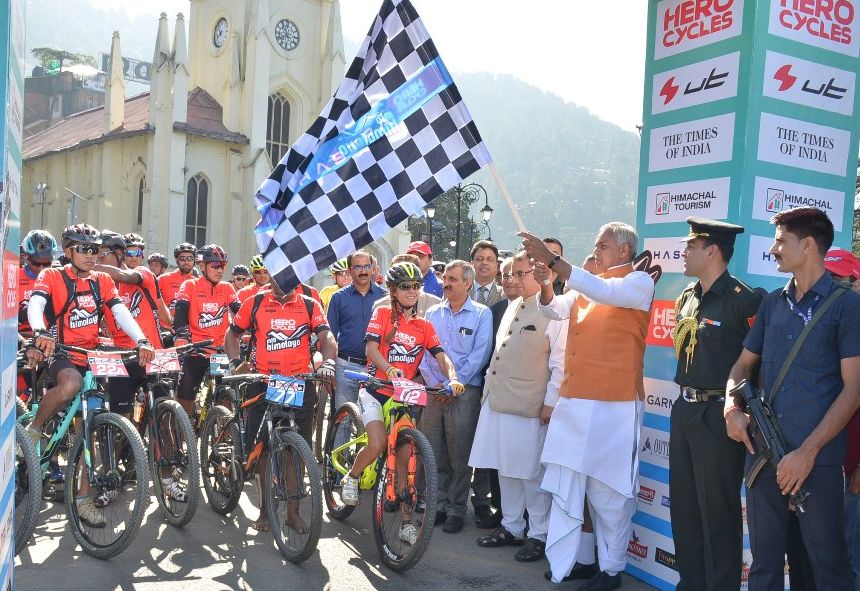 Gadkari confident of halving road accident deaths from 1.5 lakh per...