The farmers and social organization, which have opposing the decision of Govt to set up Cement Plant near Sundernagar in Distt Mandi, today formed a Joint Action Committee under the banner of Bhartiya Kishan Sangh ( R.S.S wing of farmers) and appealed the Chief Minister Prem Kumar Dhumal to scrape the Memorandum of Understanding (M.O.U) of Cement Plant which was signed by the previous Govt in favor of Harish Cement Ltd.

While talking to media persons Joginder Singh Thakur , State President of Bhartiya Kishan Sangh he appealed the Chief Minister to scrap the M.O.U signed by previous Govt to set up Cement Plant near Sundernagar as the H.P High Court has already quashed the Environment Clearance to this controversial Cement Plant, the High Court has also set aside the proceeding of Land Acquisition on December 13,2010 he further added.

He said the the Govt of H.P was given award at National level to protect the environment of this Hill State and in order to justify this award the Govt should immediately scrap the M.O.U signed with the project which was being set up in thickly populated area on fertile land and very near to Wild Life and the local residents of this area have been opposing this decision from the day one of signing the M.O.U

He also appealed the Govt to immediately withdraw the permission given by the Govt to the Harish Cement Company to purchase the land directly from farmers as the High Court has already held that the various clearances were given to the project wrongly by A.Raja ( the then Minister for Environment) on the recommendation of Former Chief Minister Vir Bhadar Singh.

They further accused that certain officials were still favoring the Cement Company even after the environmental clearances and Acquisitions proceeding of this projects have been quashed by Green Bench of High Court of H.P and demanding action against them. 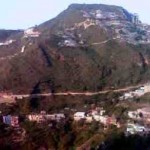