‘Prashasan Janta Ke Dwar’ program is getting popular day by day. Chief Minister is taking it seriously and listening people’s grievances. Best part of this program is that most of public problems are addressed on the spot. After Una, Kangra and Hamirpur, now Chief Minister is now in Chamba and people of the old city tell their problems to the state head at Bachat Bhawan, Chamba. Along with chief minister Speaker, H.P. Vidhan Sabha Tulsi Ram Sharma, Irrigation & Public Health Minister Ravinder Ravi, Health Minister Dr. Rajiv Bindal, Social Justice & Empowerment Minister Sarveen Chaudhary, M.P. Lok Sabha Dr. Rajan Sushant, Deputy Commissioner Deevesh Kumar, S.P. Madhusudan, and senior officers of all departments were present. Total 252 applications were registered and majority of them were disposed off in consultation with senior officers on the spot with directions to them to intimate status of pending applications to Deputy Commissioner’s office and applicants. Majority of applications pertained to PWD, Revenue, IPH, Social Welfare, Health, Education etc. which were handed over to concerned authorities with appropriate directions to redress their grievances on priority.

Chief Minister also listen Public grievances at Bhalei in Banikhet Assembly segment of Chamba. About 150 applications were registered by the applicants majority of them solves on the spot and other send to the concern department for the early settlement. 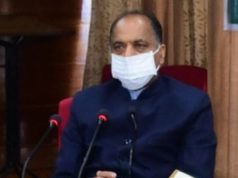 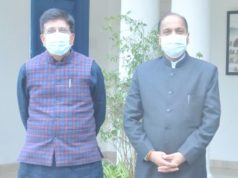