Shimla: The State government has given approval for the implementation of the Market Intervention Scheme for procurement of ‘C’ apple in the State during the year 2022.

305 procurement centers would be opened as per the demand of the fruit growers out of which, 169 collection centers will be opened and operated by the HPMC and 136 by the HIMFED by their own staff/level for which funds amounting to Rs. 259.84 lakh have been proposed by the Horticulture Department.

He said that handing charges will be Rs. 2.75 per kg. and assumed sale realization will be considered as Rs. 3.50 per kg.

Fruits would be procured in 35 kg gunny bags with 2.5 percent more fruits in view of evapotranspiration and respiration losses. Only apples having diameters above 51 mm will be procured under the scheme.

“Fruit having punctured skin or bird eaten/damaged, infested with insects/pests and fungal diseases including scab, ethral sprayed fruit and immature/over mature or ripe fruit would not be accepted,” he further added.

However, fruits having slight hail damage, slight bruising, russeting and misshapen fruit will be accepted. 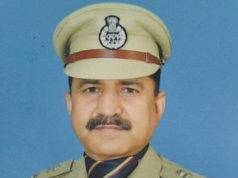