Shukla, while addressing Congress workers at Shimla – during a party show of strength – said that the party high command has given ‘Trimurti’ Pratibha Singh as party president, Sukhvinder Singh Sukhu, Campaign Committee head and Mukesh Agnihotri as Leader of Opposition and now it’s on party workers to ensure party victory.

He also asked Congress’ ‘Trimurti’ to steer the party into power in the state.

While speaking on the Chief Ministerial candidate, Shukla categorically clarified that “This is not a battle for Chief Minister post, but for winning the election.”

“Elected representatives choose their leader and the party will decide its Chief Minister after winning the election’” Shukla further added.

Earlier, Congress put an impressive show of unity. Thousands of party workers gathered at Shimla to give strength to newly appointed party leaders. 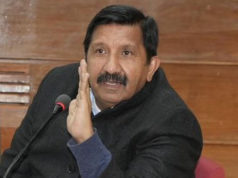 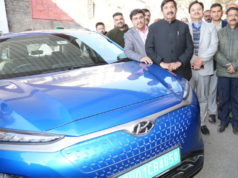