Shimla: For the first time, India Invitational Skiing and Snowboard Championship will be held at Sissu in Lahaul-Spiti from April 2 to 4.

As many as 150 players from 12 teams including the Indian Army and Indo Tibetan Border Police (ITBP) will be participating in the competition. The competition is being organised by the district administration and local clubs of the district.

Deputy Commissioner, Lahaul-Spiti Neeraj Kumar said that the preparations to organise the competition has been going on for a long time.

He said that the administration in collaboration with Himachal Pradesh Winter Games Association and Ski and Snow Board India has completed all the preparations.

He said that Ski and Snow Board India is promoting winter sports across the country. This competition is being organised to encourage winter sports and to boost tourism activities in the state. 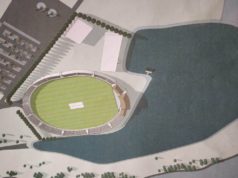 World highest Cricket Stadium to come up in Lahaul-Spiti