Agitating people of Lahaul and Spiti, supported by NGOs from Kullu and Kinnaur districts, will observe a Lahaul bandh today in protest against the large number of hydropower projects proposed to be set up in Lahaul valley.

It is for the first time that tribal people from Lahaul and Spiti have raised a banner of revolt against the government policy of allotting almost the entire Chenab river basin in the tribal belt to 14 big and 42 small hydro projects on the river.

The Jispa Bandh Jan Sangharsh Samiti and the Saili Jan Sangharsh Samiti have joined hands in protest against large-scale exploitation of the fragile tribal water resources. Protesters alleged that these projects will displaced many villagers and will destroy ecology of the Lahaul region. 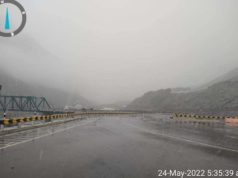