Chief Minister Jai Ram Thakur, in his budget address, said that the Government of India is emphasizing the development of the toy manufacturing industry and in order to develop the toy industry in the State, the government has proposed to establish two toy manufacturing clusters by Industries Department and State Handicraft and Handloom Corporation respectively.

Specialized services of the National Institute of Fashion Technology, Kangra will be taken to establish the Toy industry in the state, CM stated.

These projects are expecting to attract investment of over Rs. 9000 crores and would generate employment for about 30,000 people, CM claimed.

Outlining the importance of Baddi-Brotiwala- Nalagarh industrial areas, the Chief Minister announced to prepare a comprehensive infrastructure Master Plan for the region. 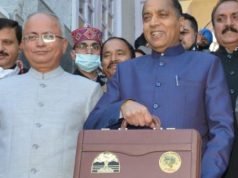 Himachal Economy estimated to contract by minus 6.2 percent 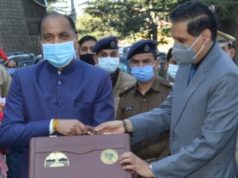 Vacancies at Horticulture University, invites applications for 29 faculty position and...