Himachal Governor Bandaru Dattatraya administered oath of office and secrecy to three ministers in a simple ceremony at Raj Bhawan. Chief Secretary Anil Khachi conducted the proceeding. As of now, ministries haven’t allocated to new ministers, however, CM has also indicated of reshuffling of ministers as well.

Sukh Ram Chaudhary, born on 15th April, 1964 at Village Amargarh, Tehsil Paonta, District Sirmour, elected to the State Legislative Assembly in 2003 and re-elected in December, 2007. He remained Chief Parliamentary Secretary (Attached with CM for Agriculture and Animal Husbandry) from 9th  July, 2009 to December, 2012. Re-elected to the 13th Vidhan Sabha (3rd term) from Poanta Sahib in December, 2017.

Rakesh Pathania was born on 15th November, 1964 at Village Ladori, District Kangra. Pathania was elected to the State Legislative Assembly in 1998 as BJP candidate and re-elected in December, 2007 as Independent.

Rajinder Garg was born on 30th May, 1966 at Tandora, Bilaspur. He was elected to the 13th Vidhan Sabha from Ghumarwin constituency of Bilaspur district in December, 2017. 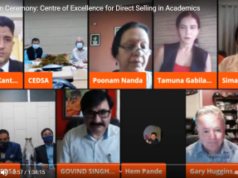 Himachal to have its own Disaster Response Force