Shimla: To identify Government as well as private land for setting up of industrial units, the Himachal Pradesh Government has decided to constitute a committee under the chairmanship of Deputy Commissioners.

‘Him Pragati’, is an online monitoring system, launched by the State Government to ensure that investment projects get necessary approvals and clearances at the earliest.

Chief Minister said that targets fixed for key departments such as Industry, Power and Tourism should be achieved within the stipulated time period. He said that special thrust must be laid on time-bound clearances of forest-related issues. He said

“concerned departments must also ensure that potential entrepreneurs do not face any inconvenience in getting approvals from the Government for setting up their units.”

He said that prior to the launch of Him Pragati portal, investors were facing a lot of difficulties in getting their projects approved and cleared. He said that the investors play a major role in the development of the State, therefore it becomes the duty of the Government to provide them with all possible help for expeditious clearance of their projects.

He said that Global Investors’ Meet was a big success in the State and now the State Government would organise a groundbreaking ceremony on 27th December at Shimla on completion of two years tenure of the present State Government.

Jai Ram Thakur said that as many as 709 MoUs have been signed till date which would attract investment of over Rs 93,000 crores. He said that as many as 78 investors and project developers have raised 200 issues on ‘Him Pragati’ portal, out of which 154 had been resolved. He said State Government has ensured online approvals be accorded for cases under Section 118, so that they get time-bound approval. He said that it would save precious time of entrepreneurs and also make the whole process transparent.

Chief Minister said that Him Pragati portal has ensured effective online monitoring system of various industrial, tourism, power and other infrastructure projects, for fast clearance and approval of various developmental projects. He said that the investors and potential entrepreneurs could easily log on to on this portal and can know the status of their projects. He urged the potential entrepreneurs to raise their concerns on ‘Him Pragati’ so that these could be redressed and resolved at the earliest, and the projects could be taken for the groundbreaking ceremony.

Urban Development Minister Sarveen Chaudhary said that the Global Investors’ Meet was bound to transform the economy of the State. She said that Industries, Tourism and Power, Housing and Urban Development were the key sectors which have attracted maximum MoUs for the State. She said that several projects such as affordable housing, smart parking, smart transports system etc. were the major areas on which MoUs for attracting investments were signed.

Industries Minister Bikram Singh Thakur said that Him Pragati has proved a boon to the investors of the State and now the investors could have a two-way communication with the Government for speedy execution of their projects.

Chief Secretary Dr. Shrikant Baldi welcomed the Chief Minister and assured him that untiring efforts would be made to ensure that the signed MoUs see the day of light at the earliest. He said that idea of Investor Meet and having an interface for investors in form of ‘Him Pragati’ was a brainchild of the Chief Minister, which has helped investors in instilling confidence in the Government. 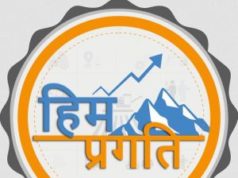