While addressing the gathering at Paddal stadium, the Chief Minister said that fairs and festivals were the integral part of our rich culture and traditions and deeply imbibed in our life. He said that Mandi Shivratri once was the main attraction for trade and business also. He said that the life of the people of the state revolves around the local Gods and Goddesses and they were inseparable part of the people. As many as 216 Devtas participated in the ‘Jaleb’, the traditional Shobha Yatra, from almost all corners of the district.

Earlier, the Chief Minister participated in Pagri Ceremony and Pooja at Shri Madhav Temple and presided over the Shoba Yatra from Shri Raj Madhav Temple to Paddal Mela Ground. 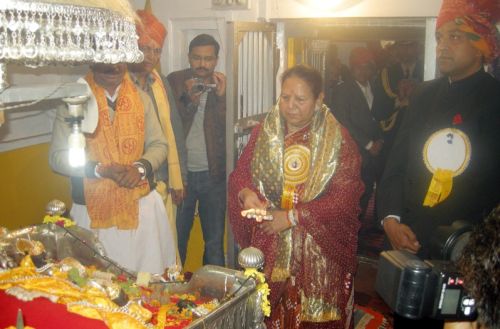