Shimla: In relation to the case of custodial killing of an arrested accused in the mysterious ‘Kotkhai rape and murder case’, the CBI arrested DW Negi, former Superintendent of Police, Shimla. Prior to the arrest, the agency on Thursday questioned him at its office in Shimla.

He was produced in a local court that sent him on a four-day custody. He was the ninth police official, who was arrested in the case.

The arrest came as another shocker for the Himachal Pradesh Police and brought back the focus of public on the case again.

Negi was posted as the SP of Shimla district when the SIT was set-up to investigate the rape and murder of Gudiya. The district was under his charge when the accused Suraj was allegedly hacked to death at the Kotkhai police station. The next day, Negi had given a media statement alleging a co-accused of the killing.

The custodial death of Suraj had fueled the suspicion of the public about a possible conspiracy to shield the actual culprits, who were said to be related to influential families.

The people had another reason to believe so; photos of some persons had appeared on Chief Minister’s official Facebook page claiming them to be the suspects. The images were soon deleted and none-of the persons were among the six accused arrested by the police SIT. The CM’s IT Cell had washed its hands by simply terming it as a technical glitch.

Right after the said custodial death, the case was handed over to the CBI on the request of the State government.

Entire Himachal had received a shock when eight police officials were arrested by the CBI on August 29. The arrested police officials included the members of the Special Investigative Team of HP Police that had probed the gangrape and murder of Gudiya in the Halaila forests of Kotkhai, Shimla district in July.

Ironically, statement (given to CBI) of one of the police personal deployed as Santry at the Kotkhai police station raised doubt over the police theory. It’s reported that Santry told CBI that he was made to sign a pre-written statement over the custodial death of Suraj. He was later given police protection as the CBI sensed threat to his life from local police.

The police faced a huge dent in its credibility with its hands deep in the case.

There could be nothing more sinister if our own police beat an innocent to death in custody to save the real culprits of a barbaric murder of a schoolgirl after gangraping her. However, their role is still to be disclosed officially.

After these arrests, the mystery only intensified. The people still don’t know what exactly happened to Gudiya because all the remaining five accused were released on bail while the police SIT was lodged at the Modern Central Kanda Jail.

After the police SIT arrested six accused on July 13, the locals protested in Theog next day. The mob had roughed up then SP Shimla after protest turned violent.

Negi was not arrested back then, however, questioned by the CBI at its Delhi-based headquarters. The agency had also seized mobile phones of some officials other than the arrested eight cops.

Following the custodial death, the entire staff of the Kotkhai police station was suspended and Negi was transferred from the post of SP Shimla to Vigilance Department.

On November 5, the agency moved a plea in a local court seeking permission to take voice-samples of the arrested police officials. The calls between these officials on the night when Suraj was killed worked as solid evidences against them.

It has clinching evidences against the arrested police officials, the CBI had told the State High Court in the last hearing on October 25. The agency was asked to file a charge sheet against them by November 30.

The CBI is also investigating the aspect related to monetary transactions of any sort between all the suspects.

At the same time, it is being speculated that the CBI could not get its hands on the real culprits behind the gruesome episode of gangrape and murder of Gudiya.

The DNA samples of all arrested accused as well as some additional suspects taken by the agency for forensic investigation did not match with the samples found at the crime spot.

The case would remain a mystery till the CBI files the charge sheets in two FIRs filed in this series – gruesome rape and murder of a minor and custodial killing of Suraj. 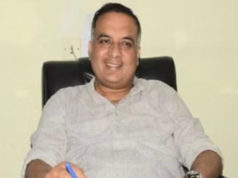 Gudiya Murder Case: Accused convicted by court, quantum of punishment on 11 May

Coronavirus: All Offices and Educational Institutes to remain closed till 3rd...