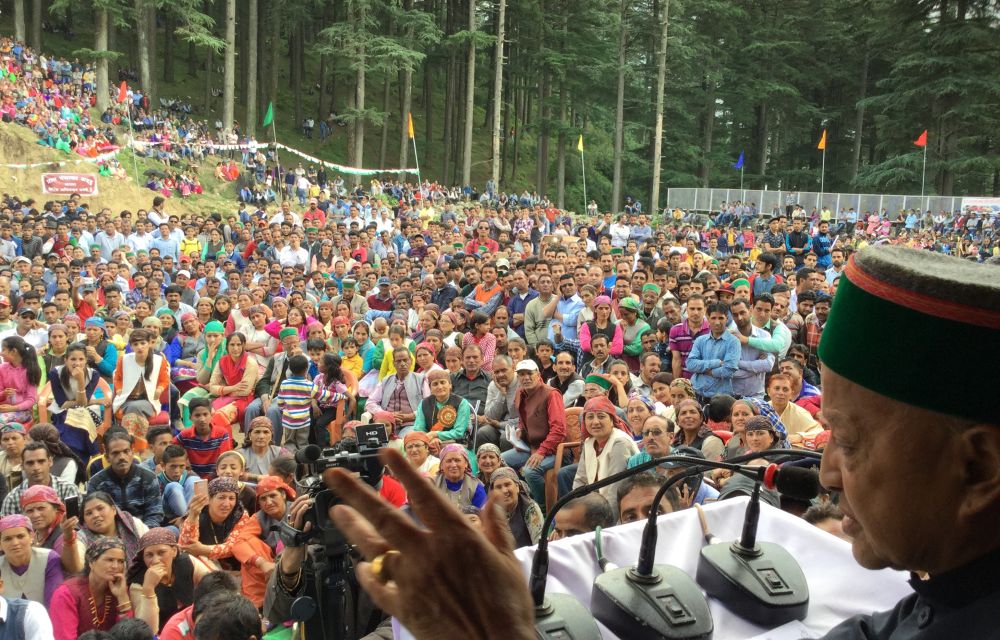 Veteran Congress leader and Himachal Chief Minister Virbhadra Singh termed the ‘Parivartan Rally’ by BJP was a mere flop show. Congress leader, speaking at a public meeting at Khamaadi in Rampur assembly segment of Shimla district, termed the rally a display of pomp and show, adding that one should reach to the people in far flung areas and villages to muster support and not by Rath Yatras and so called Parivartan Rallies.

He said that now elections were nearing and many so called leaders would crop up to lure the people to vote in favour of their candidates. The people should be aware of such divisive forces as their sole motive was to lure the public.

The Chief Minister blamed the BJP for ignoring the Rampur region of the state and claimed that BJP when in power hadn’t constructed even a single room or a road.

He directed for construction of Khamaadi-Khaadapani road and assured to provide adequate funds for renovation of Sihaasani Mata Temple.

The Chief Minister also presided over the closing ceremony of 6th North Zone Volleyball Championship at Nankhari. He congratulated the organizers for conducting the sports meet successfully.