New Delhi: Incidents of ragging are declining every year due to the relentless efforts made by the Government and other stakeholders collectively.

Union Human Resource Development Minister Smriti Irani, in a written reply to a question in Lok Sabha today, revealed the University Grants Commission (UGC) has notified the Regulations on Curbing the Menace of Ragging in Higher Educational Institutions, 2009. Similar action has been taken by other Regulatory Bodies.

Irani said that nationwide toll free 24×7 anti-ragging helpline in 12 languages (English, Hindi and regional languages Tamil, Telugu, Malayalam, Kannada, Punjabi, Marathi, Oriya, Assamese, Gujarati, and Bengali) has been established. Publicity on anti-ragging is also given through various media by the Ministry of Human Resource Development. UGC and others have made it mandatory for students/parents for online submission of undertaking on anti-ragging.

Regular meetings of the Anti-ragging Monitoring Committee appointed by the Supreme Court, under the Chairmanship of Dr. R.K. Raghavan, former CBI Director, and other Inter-Council meetings are held. 16th meeting of the Raghavan Committee was held on 12th June 2014, she further added.

There is also an Anti-Ragging Cell with a requisite component of staff at UGC for monitoring ragging cases exclusively. The definition and scope of ragging has also been expanded to include racial and ethnic incidents. The punishments and penalties include suspending/ rusticating the students and taking action against the institutions which may also include withdrawal of affiliation / recognition or other privileges as per Sec 12-B of the UGC Act like grant, making ineligible for general / special assistance, etc.

UGC has also notified UGC (Promotion of Equity in Higher Educational institutions) Regulations, 2012, which inter alia provides as under:

Every higher educational institution shall take appropriate measures to –

a. Safeguard the interests of the students without any prejudice to their caste creed religion, language, ethnicity, gender and disability.

b. Eliminate discrimination against or harassment of any student in all forms in higher educational institutions by prohibiting it and by providing for preventive and protective measures to facilitate its eradication and punishments for those who indulge in any form of discrimination or harassment.

c. Promote equality among students of all sections of the society. 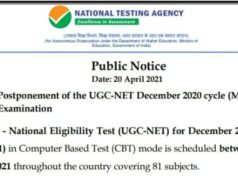 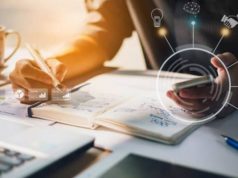 Reservation made mandatory in all private universities