He believed that if the Government of India allowed the FDI as proposed by the drug company, it would adversely affect generic drug companies in the country and the prices of drugs would increase and can go out of poor man’s reach.

In a letter to the Prime Minister, a copy of which was released to the press at Palampur, BJP senior leader Shanta Kumar said the Commerce Committee had submitted its report to the Government of India on August 13 and advised not to allow FDI in the drug sector. Even in the parliament, Shanta Kumar had raised it and claimed that the prime minister had asked that all pending proposals of pharma acquisitions be cleared even after the standing committee recommendation.

He said the committee had categorically recommended for a complete ban on the entry of the “drug giants” in the Indian market to protect the domestic drug manufacturers. He regretted that despite the clear recommendations of the committee, the Prime Minister accepted the proposal of Brown Field.

Shanta Kumar, who is chairman of the parliamentary standing committee on commerce, said India was the largest exporter of medicines and its total export was over Rs 45,000 crore in 200 countries in the world. He said that even the institutions like UNICEF were meeting 60 per cent of its requirements of drugs from the Indian market.

BJP leader alleged that it was a deep-rooted plan of foreign companies to capture the growing Indian drug market in a planned manner, as patents of 61 branded medicines would come to an end by next year and India would benefit most from this. Shanta Kumar alleged that foreign drug companies were buying Indian firms at eight times more their cost only to harm the domestic drug sector and with the intent to make maximum gains.

He feared that if the government failed to review its decision the foreign companies would destroy the Indian drug-manufacturing companies in the coming time.

Earlier as well Shanta Kumar had raised this issue and has objected to the government’s move to allow foreign drug companies to take over Indian firms. He has raised this issue on August 24, 2013 and charged the government with clearing these proposals in a “hurry” even after the health ministry and the department of industrial policy and promotion had objected to this.

Shanta Kumar has recommended a complete ban on the entry of the “drug giants” in the Indian market to protect the domestic drug companies. 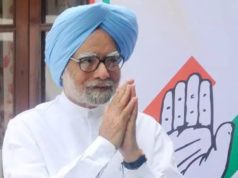