Shimla: Solan’s Superintendent of Police (SP) Virender Sharma has been honoured with the President’s Police Medal by the Ministry of Home Affairs for his distinguished service.

Virender Sharma, IPS, hails from Chopal in Shimla district. Sharma was also an international boxer and represented country in many international competitions.

He was also a recipient of the Parshuram Award, the highest honour bestowed by the state government on sportspersons.

Jai Ram Thakur said that it was a reward for dedication and commitment towards the duty and hoped that other police officers and officials would emulate the footsteps of these officers to excel in their respective fields. 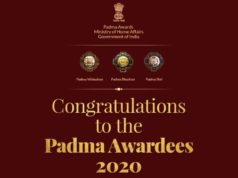