Shimla: Food, Civil Supplies and Consumer Affairs Minister Rajinder Garg said here today that strict action will be taken by the department against those people who are misusing the facilities provided to BPL and Antyodaya families despite not being eligible for entitlement.

Garg said that it is unfortunate that some people are taking undue advantage of BPL and Antyodaya facilities being given to the poor and needy. He said that 125 fake card holders have been identified so far in the state and the work on identification by the department is still in progress, due to which such cases are likely to increase further.

All the fake card holders will be identified and the case will be investigated and strict action will be taken against those found guilty so that no one indulge in such act in the future.

Food, Civil Supplies and Consumer Affairs Minister said that strict action will also be taken against those who have recommended these people for the benefits of BPL. 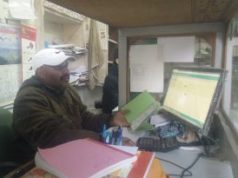