The rate of migration of students from government to private schools in Himachal Pradesh has reached an alarming rate by 2017. The critical matter of degradation in quality of education being provided in these schools is mostly shrouded by announcements of new schools. The news dailies also keep publishing these announcements and rarely ponder over the education crisis looming over the hill state. In 2010, only two and half percent of the students were enrolled in private schools. By 2016-17, this share has increased to massive 45 percent.  About 25 percent children in class five and 14 percent in class 7 can’t read class 2 textbook. About 52 percent class 2 students can’t solve question paper.

All classes upto standard 8 are exempted from examination. When there is no examination, there is no fear of failing. Sense of competition is lost among children.

However, here in  Himachal, people have lost faith in matters of quality of education provided in a non-academic environment. This loss of trust in government institutes has forced even the poor section of society including laborers and marginal farmers to get their children admitted in private school despite their hefty fees. The issue is discussed repeatedly in the assembly but final results still remain zero.

Students are migrating to private schools despite the fact that the facilities in government schools are increasing as compared to private schools. There are only two explanations for it – poor quality of education and lack of academic atmosphere in schools.

The root cause of this crisis lies in weak primary education policy. Himachal has about 10766 primary schools. These are old but relevant statistics. About 200 of these schools have almost no teacher, 100 schools have one or two students, and 923 schools are running with only single teacher.

Currently, the policy says that there will be one teacher for five students in a primary school and two teachers for 10 students. The number of student is one or two, but the number of subject remains five. It’s not efficient to expect a single teacher teach five subjects efficiently. The government should not take primary education so lightly.

In Himachal, children don’t prefer government schools due to mismanagement and absence of quality in academic atmosphere.

The transfer policy for government school teachers is absolutely discouraging and inefficient in nature. The state doesn’t have any composite transfer policy that is being followed by the government. Teachers face uncertainty over sudden transfers. State requires consistency in transfer policy so that continuity could be maintained.

The recruitment policy for schools is also faulty. On some occasion, the teachers are recruited through PTA and on others through contracts or outsourcing. With such faulty policy, the quality is completely compromised in all aspects. So, it’s quite understood as to why people would not take a risk of enrolling their children in government schools.

The government claims that expansion will lead to improvement in quality. The government just keeps shifting teachers on probation from one school to other. This process disrupts academic environment in both schools.  When the state does not have sufficient infrastructure and staff, then there is hardly any logic to open new school.

Why Open New Schools When Existing Are Rotting?

In last two years, government has opened or upgraded 602 schools. This includes 54 new primary schools, 246 schools that were upgraded from middle to high, and 167 schools upgraded form high to senior secondary. This is being done despite negligible provision for staff and infrastructure. The state has recruited far less teachers than required.The government is mistaking opening of schools with running them efficiently.

Formation of a solid education policy that focuses on improvement in quality of education is the only way to stop migration of students to private schools.

Otherwise, currently the government is spending 30 to 40 thousand rupees on one student but the results are absolutely zero.

The Chief Minister had claimed that he would not hesitate to open schools for even two children in tribal areas. However, it would be a better idea to open Navodaya Vidyalaya or schools on the same pattern in tribal areas. It would yield better results and would also ensure competitive environment for children.

Rules Should Be Equal for Both Govt. and Private Schools

The regulations for establishment of a new private school should be similar to those followed for a government school. As per regulation, there should be a minimum distance of three kilometers between two senior secondary schools. However, government has opened five to 10 schools in small towns. There is no restriction on private schools either.

The teachers should be recruited batch-wise through Union Public Service Commission. Backdoor entries into school staff are corroding the quality of education in government schools. Entire education set-up is about to collapse due to this malpractice. A check should be put on it.

Stress on Teachers for Good Results and Mass Copying

The Chief Minister stresses and warns teachers of negative consequence on failing to deliver good results for board classes. The teachers find it hard to yield good results as students they teach have very weak foundations and aren’t able to keep up when they reach class 10 and higher. Teachers feel helpless and take to mass copying to show good results as demanded by the CM.

Other than that, instead of choosing SMC pradhan from parents of students studying in a school, retired teachers should be considered.

There is no meaning in spending crores of rupees on education if the government can’t upgrade the quality of education in existing ones. The government must not open new schools or upgrade those which are not ready for it. Instead of it, the focus should be on strengthening existing schools.

The need of the time is to focus on betterment of academic atmosphere. Political adulteration in educational institutes is a pure poison for the education policy of the state. Currently, government schools are not offering any quality in the education they provide. What is being provided isn’t sufficient to develop children as true nationalists or even physically, intellectually, and spiritually developed human beings. Mere teaching how to earn bread and butter isn’t education. It is education that guide us how to actually live the life.  The schools do not fulfill basic requirements for creation of quality academic atmosphere. 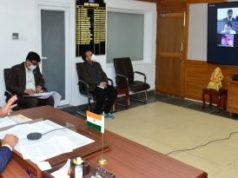 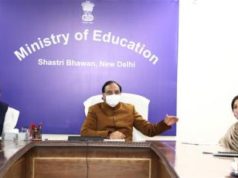