Skill and knowledge are the two driving forces of economic growth and social development for any country. Countries with higher level of skills fare better to cope with the challenges of emerging economies in the present day world.

In any country, youth is primarily the focus for any program for skill development. India is better placed in this regard. It has a vast majority of population in the productive age group. This provides a great opportunity to India. It also poses a great challenge. Benefits will flow to India only if population, particularly the youth, is healthy, educated and properly skilled.

India with its unrivalled youth demographic is definitely poised for a big boost in terms of socio-economic development. India has 605 million people below the age of 25. They can act as agents of change, by being empowered with various employable skills which will enable them to make impact not only on their lives but also on the lives of other individuals.

The scheme is being implemented by the newly created Ministry of Skill Development and Entrepreneurship through the National Skill Development Corporation (NSDC). It will cover 24 lakh youths. The Skill training would be based on the National Skill Qualification Framework (NSQF) and industry led standards. Under the scheme, a monetary reward is given to trainees on assessment and certification by third party assessment bodies. The average monetary reward is around Rs.8, 000 per trainee.

The skill training will be on the basis of demand assessed by the recently conducted skill gap studies by the NSDC for the period 2013-17. The central and state governments, industry and business houses will be consulted for assessment of further demands. For this, a demand aggregator platform is also being launched. The target for skill development will also take into account the demands from various other flagship programs launched in recent times such as Make in India, Digital India, National Solar Mission and Swachh Bharat Abhiyan.

The PMKVY will primarily focus on the first time entrants to the labour market and target mainly drop outs from Class 10 and Class 12. The scheme will be implemented through NSDC training partners. At present, NSDC has 187 training partners in around 2,300 centres. In addition, central and state government affiliated training providers are also to be roped in for imparting training under the scheme. All training providers will have to undergo a due diligence process, for being eligible under the scheme. Sector Skill Councils and the state governments are also to monitor skill training program under PMKVY.

Under the scheme, a Skill Development Management System (SDMS) will be put in place to verify and record details of all training centres, quality of training and courses. Biometric system and video recording of the training process will also be ensured wherever possible. Trainees will also be required to give feedback which will be the key element for the evaluation of the effectiveness of the PMKVY scheme. A robust grievance redressal system will also be made operational to address grievances. Further, an online citizen portal will be put in place to disseminate information about the program.

Out of the total outlay of Rs.1120 crore, on skill training of 14 lakh youth, special emphasis is being given to recognition of prior learning. An amount of Rs.220 crore is being provided for this purpose. Rs.67 crore has been earmarked for awareness generation and youth mobilisation. Mobilisation of youth is to be done through Skill Melas at the local level with the help of state governments, municipal bodies, pachayati raj institutions and community based organisations. Another Rs.67 crore has been provided, under the scheme on mentorship support and placement facilitation. An allocation of Rs.150 crores has been made for training of the youth from the North-East region.

Skill and entrepreneurship development is one of the high priority areas of the Government. The newly formed Ministry of Skill and Entrepreneurship Development, is to play a critical role in fulfilling the objectives of the ‘Make in India’ campaign, a major initiative to turn India into a major manufacturing hub.

A new National Policy for Skill and Entrepreneurship Development has also emerged to cover the entire gamut of initiatives in this direction. The Policy is to lay a roadmap for boosting growth creating quality manpower. It has set a target for skilling 500 million persons by the year 2022.

India has marked its presence as one of the fastest growing economies of the world. It is expected to rank amongst the world’s top three growth economies and amongst the top three manufacturing destinations by 2020. With the help of favourable demographic factors and sustained availability of quality workforce, our country is poised to make its imprint on global economy.

The newly announced scheme, PMKVY, with its thrust on skill development to build human capital for future markets is sure to reap benefits for our economy. The new Policy and a Mission mode approach to deliver results will usher in a new era in the development of human resources and industry. 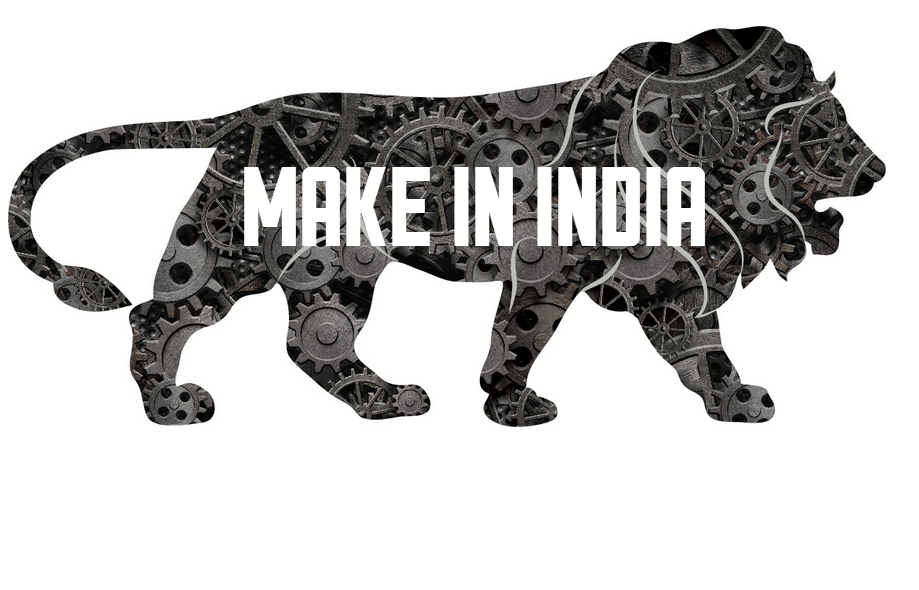