Industries minister Mukesh Agnihotri takes a dig at BJP veteran Shanta Kumar over his statement in favour of Himachal Pradesh cricket Association and stated that Shanta Kumar has started sailing in the same boat in which Prem Kumar Dhumal and Anurag Thakur were sailing and started speaking their language.

Agnihotri, in his statement accused Shanta Kumar for lying and misleading the people of the state. He said that Shanta Kumar knows the irregularities committed by HPCA and he asked Shanta Kumar to clarify his stand on the HPCA scandal. Agnihotri questioned that by pushing aside the interests of the state, how one can lease out land worth crores just for rupee one to anyone. How can one resort to demolition of the residential quarters meant for teaching faculty on directives of Prem Kumar Dhumal. How can the BJP resort to benefit son of former chief minister in lieu of encouraging sports body. Agnihotri questioned

Shanta Kumar should answer all these questions first rather than unnecessary blaming the present congress government of its inability to host IPL. Over and above why didn’t the Punjab Government gave permission to King XI Punjab to hold IPL match on 7th May and 11th May at PCA Mohali as Kings XI has the franchisee ownership of the PCA stadium and was now hosting these matches in Cuttack. Now when Shanta Kumar and State BJP brigade is raising hue and cry and blaming state government for missing out hosting IPL matches, why could they not ascertain the facts before

The minister said that the government had no problem in hosting the IPL matches but senior leaders of BJP must understand that Kings Eleven Punjab has the franchisee ownership of its home grounds which includes PCA Mohali and Dharamsala cricket stadium adding that instead of HPCA it was the duty of Punjab kings XI to apply to the government of Himachal Pradesh, if it wanted to host matches in the State.

The minister said that as per schedule there were total 56 matches to be played in IPL out of which 20 were being played outside India and the remaining 36 matches are scheduled to be played in India. He said that kings XI Punjab were allotted five matches which are scheduled on 7th & 11th May at Cuttack and on 21st-23rd and 25th May at Mohali.
He advised Shanta Kumar and Prem Kumar Dhumal to think before speaking out. It was not possible to hold match on 7th may as Lok Sabha polls were due on the same day in the state and the police personnel who are deputed on election duty would be back by 12th may from UP, Uttrakhand and other states.

Agnihotri clarified that the state has no hitch to host IPL matches after 17th May. The Punjab kings XI could have applied for the same for holding remaining three matches on 21st, 23rd and 25th May at Dharamsala. “The State government would be happy more than enough to host IPL on these above dates” said Agnihotri. Even if Kings XI would have asked to host one match on 11th May we would have managed, asserted he. The minister said that BCCI never approached the state government and if it had done so we would have certainly extended support to them.

Minister accused BJP and Anurag Thakur for adopting unruly and vindictive tactics being to mislead the people and divert the attention of the public from the cases and wrongdoings committed by former chief minister. 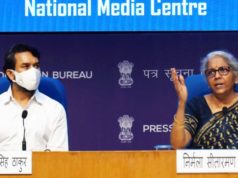 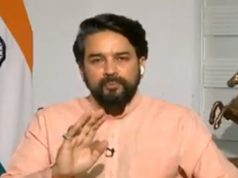 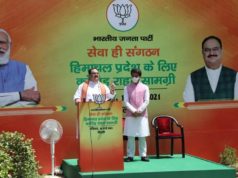