Shimla: The vigilance bureau has filed three chargesheet against six officers of Irrigation and Public Health on charges of cheating, forgery misappropriation of government money and corruption.

These officers of IPH include an Executive Engineer, Assistant Engineer and four private persons.

The chargesheet has been file against these persons before the court of special judge Shimla on 9 December, by the vigilance bureau on the charge of cheating, forgery misappropriation of govt. money and corruption in the matter of purchase/work orders worth Rs 1.94 crores during 2003-2006 in the IPH department in Shimla.

Case was registered in the bureau at Shimla in 2009 on the basis of enquiry report of superintendent engineer IPH, in which it was alleged that the officers of IPH mechanical division have purchased material worth rupees 1.94 crores from 2003 to 2006 without following rules in a illegal manner.

Investigation by the bureau revealed that the then EE, AE and 4 JE along with four private suppliers entered into a conspiracy whereby purchases were made and work orders were issued without calling tenders, records were forged and the works/purchase orders were split to bring them in the financial competence of the EE IPH.

Some purchases were shown from firms which did not exist and some from firms who are not dealing with the material shown to have been supplied.

During investigation old voluminous original record was collected, and scrutinized and sent to FSL for examination, hundreds of witnesses were examined and prosecution sanction were taken from the competent authorities. 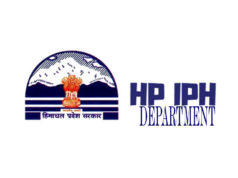