The commission will review the financial position of the panchayats and municipalities and devolution of resources to them. Its ex-officio members will include Additional Chief Secretaries, Principal Secretaries and Secretaries of Rural Development and Panchayati Raj and Urban Development Departments.

The commission will make recommendations to the state government for streamlining the work of these departments.

The tenure of the commission is fixed from the date of issuance of the notification and it will make its report available by December 31, 2021, covering a period of five years from April 1, 2022 to March 31, 2027. HAS prelim exam to be conducted on September 26 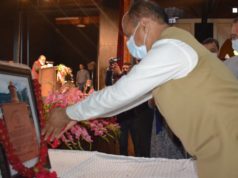