Chief Electoral Officer also enquired about current status of preparation of various plans including district election plan, communication plan, transportation plan, counting plan, district security plan, sector magistrate plan, vulnerable mapping of polling stations, identification of critical polling stations and hyper sensitive polling stations etc. He directed to set up control rooms at district or ARO level to facilitate voters besides to start a toll free help line in each district. He said that as per the directions of ECI, all the polling stations have been videographed to identify that if the basic minimum facilities were not available, then special efforts would be made to provide the same.

Chauhan told all the District Election Officers that no deletion or modification shall be made in electoral rolls without the approval of ECI. He said that special awareness camps for enrollment of left out eligible voters shall be held at each polling station in which booth level officer would read out the voter list for the information of general public present there and if their name was not found in it, then the person concerned would fill form no-6 on the spot so that his name could be included in voter list.

For the 2014 Parliamentary election, over 47 lakh electorates, including 22.98 lakh women, would decide the fate of candidates in four Lok Sabha seats of HP in the polls on May 7.

62,133 are first time voters and around 46 per cent of total voters in HP are less than 40 years of age. The percentage of electors to total population is 65.51 per cent in HP, highest in the country.

Election Commission has set up 7382 polling stations in the state. 1027 were declared sensitive and 459 hyper sensitive. 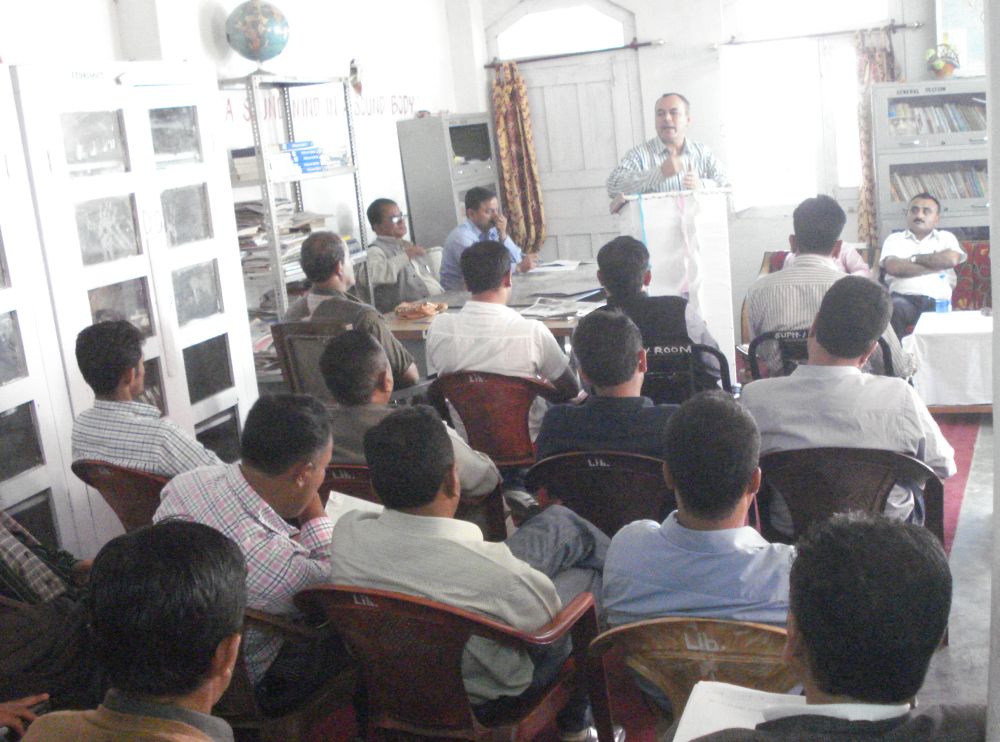