As per the direction Political parties are required to submit details of donors who have made donations above Rs 20,000 in a financial year (between 1st April and 31st March) to the Election Commission of India, every year and as per the detail provided, some stunning revelations came to the fore.

As per the data compiled by the Association for Democratic Reforms (ADR), General Electoral Trust of the Aditya Birla Group toped the list of donor and BJP received the maximum donations of Rs 192.47 crores from 1334 donors from corporate/ business sector followed by INC receiving a total contribution of Rs 172.25 crores from 418 donors.

As per norms, Political parties aren’t permitted to accept contributions from foreign companies or companies controlled in India by foreign companies but in a eye opening revelations a total of Rs 29.26 crores was accepted by INC and BJP together between FY 2003-04 and 2011-12. Electoral Trusts were also figured in the donor lists and donated a total of Rs 105.86 crores by 6 Electoral Trusts to the national parties.

Number of donations made by corporate/ business sectors:

Maximum number of donations was made by the manufacturing sector (595 donations, Rs 99.71 crores) followed by 340 donations (Rs 24.10 crores) from real-estate sector

Least number of donations was made by the hospitals (16 donations, Rs 14 lakhs) followed by 45 donations each by the shipping & transport (Rs 3.67 crores) and communication sectors (Rs 13.26 crores) to the national parties 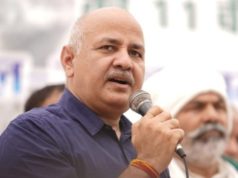