Singh continued his attack on the previous Prem Kumar Dhumal led government and claimed that corruption was rampant in that time. He reiterated that his government would punish all wrong-doers. He accused Dhumal for regionalism and blamed for playing a politics of caste and region. He alleged that the BJP had divided the people to get votes, but the Congress had united them. He claimed that the BJP was adept at raising empty slogans and propaganda, but the Congress believed in development. He also targeted Anurag Thakur led Himachal Pradesh Cricket Association and accused wrong doing in it.

He said that his main focus was on overall and even development of state and every region would be given priority. He said that his government has initiated to improve the health of state exchequer. He added that BJP led Govt had ignored roads condition and right now his Govt is improving it.

Talking about the development of Seraj, Singh targeted BJP candidate in his home segment and alleged that Seraj had been neglected by its legislator Jai Ram Thakur who was representing it for the fourth time.

Chief Minister said that development is on his top priority and every possibility including tourism, agriculture, horticulture, floriculture, is being explored. Virbhadra promised to tour the region again once the model code of conduct is over. He assured to initiate many developmental works, which are pending from many years.

He also made an emotional appeal to voters that June 23, the date of polling was his birthday as well and he deserved a befitting gift that day. 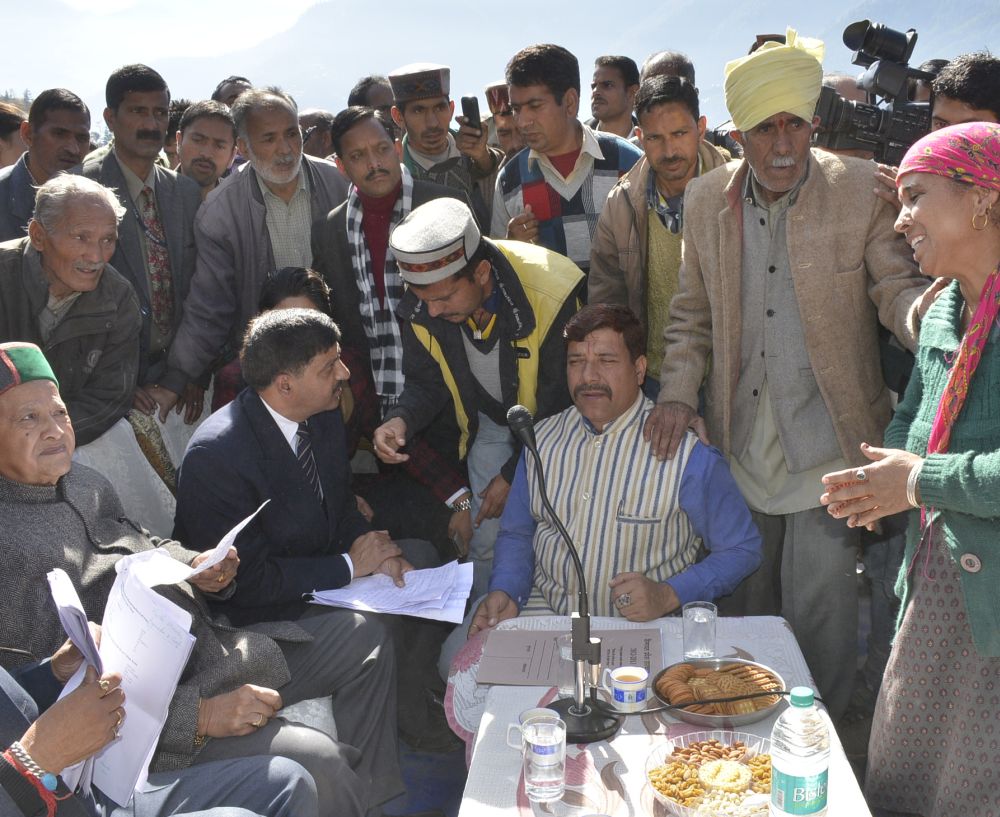