Senior Congress leader GS Bali, who holds Ministry of Transport, Food and Civil Supplies and Technical Education, hasn’t made any official statement till now. Even the Chief Minister’s Office has refused to say anything on it and claimed to have no knowledge about it.

However, CM Virbhadra Singh has clarified that he has not received any resignation from any of his cabinet minister. Party state president Thakur Sukhvinder Singh Sukhu also showed ignorance about any such development.

Right now all’s are mere speculation and it’s learned from reliable sources that GS Bali can talk to press tomorrow. Earlier as well, GS Bali had protested against the portfolio allotted to him and even expressed his displeasure to party high-command as well. 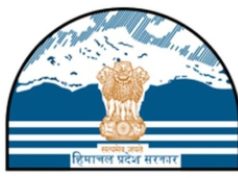 Govt flouts rules for Priyanka and other 245 to buy land...