Chief Minister Virbhadra Singh thanked the Union Railway Minister Pawan Kumar Bansal for proposing to undertake surveys of three new railway lines of Himachal Pradesh in rail budget 2013 viz. Amb-Kangra via Nadaun, Baddi and Bilaspur and Dharamshala-Palampur. He said that these new lines would provide impetus not only to the economic and tourism activities in the State, but would go a long way in boosting industrial activities.

Virbhadra Singh also thanked the Union Minister for introducing new weekly express train between Una/Nangaldam –Hazoor Saheb, Nanded via Anandpur Sahib, Morinda, Chandigarh, Ambala which would facilitate the people of the State besides promoting tourism. He also hailed the decision of the Railway Minister for pursing the approval of Bilaspur-Manali-Leh project keeping in view its national importance from security point of view. He said that State Government had taken up this matter vigorously with Railway Minister recently.

Chief Minister lauded the decision of the Union Railway Minister for setting up Skill Upgradation Centre at Shimla for imparting skills to the youth in railway related trades.

Virbhadra Singh welcomed the proposal of Railway Minister for not enhancing the passenger fare and proposing many new trains and upgradation of 104 stations which would benefit the common man. He also hailed the decision for reserving 10 percent posts for women in Railway Police Force (RPF). He also welcomed the proposal for not using plastic in catering services in railway which would go a long way in preserving the environment, besides proposing to recruit 1.51 lakh youth in railways.

Industries Minister Mukesh Agnihotri and Vidhan Sabha speaker Brij Bihari Lal Butail also hailed the Union Railway Budget for 2013-14 as a progressive one with special emphasis on modernization and safety of the passengers. Congress leaders believed that this railway budget will also ensure to boost the tourism activities in the region besides providing a fillip to the industrial activities in the State.

However, opposition BJP and CPM have denounced the rail budget and called it anti poor and anti Hiamchal Pradesh. BJP blamed center Govt for ignoring Hiamchal’s rights as there isn’t any strong step for the state. The CPM has also denounced the Railway Budget 2013-14 which reflects gross inconsistencies and contradictions camouflaged in deceptive postures. The rail minister has also disappointed the people of Himachal Pradesh for not making any budgetary provisions for realising the much propounded Bhanupali–Bilaspur rail line. There is only rhetoric in the budget with nothing concrete on record. CPM alleged that the Congress party in Himachal Pradesh has failed to mobilise its leadership at the centre to help the state in expanding the rail network in Himachal Pradesh. 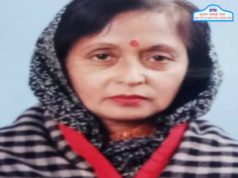 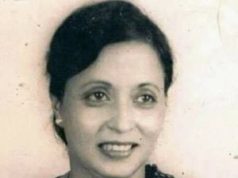 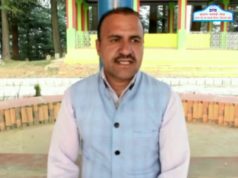