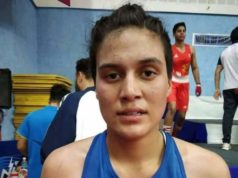 Trials for Admissions in Sports Hostels of Una and Bilaspur