Election is around 18 month far, but young Congress MLA from Chopal is seems to secure his 3rd consecutive win. After visiting Ghoond, Chopal City and PulBahal, Manglate yesterday visited Gram Panchayat Dhabas and discuses local’s problem, later he moved to the Nerva and addresses gathering there. At the yesterday evening, he reached to the Neval Tikri Panchayat to be part of the morning temple religious ceremony. In the morning he visited Temple and participated in the religious event Thota. With locals, MLA welcomed challenging Thota team and become the part of the traditional Thoda fair at Tikari.

Thoda is a traditional Himachali Game and played in the upper region from many decades. At the present time youth are forgetting its past and invaluable tradition and such promotional event attended by the young representative will encourage the youth to embrace their glorious tradition again. Chopal MLA’s vehicle slips of the road, no one hurt

MLA Chopal, Subhash Manglate begins another tour of his constituency 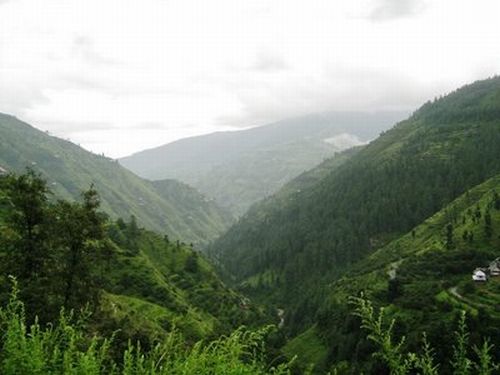 Road-less Bohr panchayat in Chopal screams for facilities, are we all ears to it?

Women crushed to death by a private local bus