Addressing the 119th State Level Bankers’ Committee meeting, Chief Secretary Rajwant Sandhu revealed that the 29 percent addition has been made to the previous banks’ credit disbursement target, which is now finalized to the tune of Rs. 7615 crores under Annual Credit Plan prepared for the year 2011-12 in the State. Smt. Sandhu further added that Himachal is ranked as best progressive model State across the country, owing to which the government in the State has urged to boost the socio economic growth and welfare, by focusing upon agriculture, roads and bridges, education and hydro power sectors. She has also urged the stake holders in the State to spread awareness about Financial Inclusion so that the benefits of banking services can reach all the corners of the State. 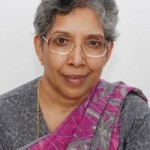