On the orders of High Court, Bilaspur district administration once again started its Anti Encroachment Movement. The HPPWD team started its campaign from the bus stand chowk, but was soon stopped in the face of protests by locals. Miffed with the administration’s operation, people protested against the movement for nearly 3 hours. The protest was led by the president of municipal council president Rajni Sharma and Vice president Kamlender Kashyap. They sent a letter to union ministers Virbhadra Singh, Anand Sharma and state government through ADM Darshan Kalia, in which they demanded for the stable planning for the Bhakra relocated people. In the letter they made clear that local people had suffered a lot from Bhakra Dam and till now many of affected families have not been allotted a single plot. Locals have cited “government negligence” on the issue as a reason for being “forced” to resort to encroachment. 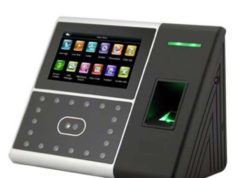