The graph of new recruitments in IT Jobs is rising continuously. In the first week of this month, a few major companies of India like Dell, Oracle, IBM, Genpact and Salesforce offered more than 70,000 new openings for the young tech force. It is estimated that the number of new recruitments in India’s top 10 IT companies like Infosys, Wipro, TCS, HCL, Tech Mahindra and MindTree will reach five lakhs in the current financial year.

On the other hand, in the month of December, there has been an increase of 12 per cent annually in new recruitments in various industries. According to monster.com, this progress is showing signs of improvement in the country’s economy. Data from employment-oriented sources shows that the demand for jobs in the field of office equipment and automation remained high in December 2021. One thing is clear from these statistics that the coming time is going to be good for new jobs.

There is good news about India’s economy also. PwC’s annual Global CEO Survey report has sparked hope for the economy this year. In October and November last year, the company released a report based on conversations with about 4,500 CEOs from around 89 countries. Of these, 77 CEOs are from India itself. In the survey report, almost all CEOs of India believe that India’s economy will perform well this year and in the next 12 months the economy will pick up momentum once again. As per another report by PwC India, more than Rs 74,000 crore has been invested in India’s startup ecosystem, which is an important step to take the economy to a new level. There are some 50 such startups in the country whose value will exceed one billion dollars in the coming time. Startups worth more than one billion dollars are called unicorns. If this happens, then the number of unicorns in the country will be 118. The names that can be included in the emerging startups are Ecom Express, KhataBook, Pepperfry, Whatfix, Fracto etc.

There can be no better time to start your business or startup than when the Government of India stands ready to help the youth who want to become entrepreneurs. Recently, the Prime Minister had given a very encouraging statement about the startups and innovation that the government would provide all possible support to innovative projects. If you want to start a business of upto 10 lakh rupees or to expand your existing business, then the government’s Mudra loan can be a better way for that. There is no need to give any guarantee to the banks and no processing fee is levied to avail the benefits of Mudra Yojana. Mudra (Micro Units Development and Refinance Agency) issues these loans. Being a citizen of India is the first condition for availing Mudra loan. There are three slabs of loans up to 50 thousand, five lakh and ten lakhs, which are given to different categories of businessmen. Once the loan is sanctioned, a Mudra card similar to a debit card is provided, from which money can be withdrawn through ATMs. 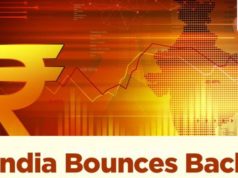