Sourced from different parts of the country, among the products launched today, include Gora rice, roast and plain Kurthi dal, the tribes of Jharkhand; a new range of beeswax cosmetic products, a range of Ragi products from the tribes of South India; dry chilli, black rice, magic rice, Assam tea from Assam and the North East; beautiful bamboo products, like floor lamps, table mats and baskets, honey Gulkand from the tribes of Uttarakhand. Fresh produce such as Kinnauri walnuts, almonds and Rajma have been procured from the Kinnaur tribes in Himachal Pradesh make for some ethnic, natural products now available. Different forms of rice (magic, red, gora, and black) from various tribes of India have also been launched.

Newly added products will now be available in 125 Tribes India outlets, Tribes India mobile vans and also on online platforms such as the Tribes India E-marketplace (tribesindia.com) and e-tailers.

Earlier, Golden and Red delicious Apples of Kinnaur district were added in the list and now Walnuts and Rajma have been made available for the customers.

Since October 26, 2020, Tribes India has been expanding its product range and catalogue by including 100 new products on a weekly basis.

Speaking on the occasion, Pravir Krishna, Managing Director, TRIFED said, “This is the second set of 100 organic, essential natural immunity-boosting products that have been included in our catalogue. It is our continued endeavour to promote and empower tribals(both artisans and forest dwellers) across the country and create an Atmanirbhar Bharat.”

With the launch of these new unique products on a weekly basis, both the customers and tribal population will be positively benefitted. On one hand, pure natural produce, a gift of nature will reach and boost families across the country, and support tribal livelihoods.

Adapting Go Vocal for Local, a mantra in these troubled times, into Go Vocal for Local Go Tribal, TRIFED has been striving to ameliorate the condition of the distressed and affected tribal people by putting in place several path-breaking initiatives, in addition to its existing flagship programmes and implementations, which have emerged as a panacea and relief. 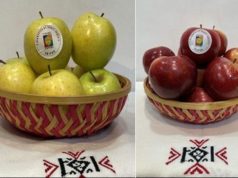