Palampur: Thirteen varieties and eight production technologies of vegetables developed by CSK H.P. Agriculture University have been approved for cultivation in Himachal Pradesh.

Prof. Ashok Kumar Sarial, Vice-Chancellor, Agriculture University, revealed that 13 varieties of different vegetables have been approved for inclusion in the package of practices and cultivation in the state. These include

Prof Sarial said that eight production technologies have also been approved for inclusion in the package of practices and adoption for cultivation in the state. These include soil-less media for healthy vegetable nursery production in plug- trays, plant spacing in tomato and parthenocarpic cucumber under protected environment, growing cucurbits seedlings in waste disposable/earthen cups in standardized potting material, enhancing shelf life of Kharif onion bulbs, rootstocks for bacterial wilt and nematode resistance in tomato and bell pepper, spacing, training and fertigation for capsicum under protected conditions, propagation of tomato through stem cuttings under protected conditions and pomato- two in one crop for polyhouse cultivation.

Vice-Chancellor said that Himachal Pradesh was known for off-season vegetable cultivation and the newly developed varieties by the university will enhance the production of vegetables and increasing the income of farmers and will also help in crop diversification. He congratulated the head Deptt of Vegetable Science and Floriculture Dr. Akhilesh Sharma and his team for their achievements. 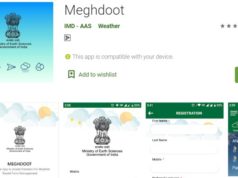 Prof. Sarial underlines the importance and need of artificial intelligence in agriculture