Shimla: Former Horticulture Minister Narinder Bragta has blamed the state government for failing to fulfil its promises made to apple and other fruit growers. Bragta, in a statement, informed to state a protest outside horticulture directorate in Nav Bahar Shimla on February 21.

Raising concern over the import of virus infected apple plants, former minister called it a big threat to apple and other fruit orchards.

He said the growers would submit a memorandum to the Governor on February 22, listing the demands of the growers.

Bragta said the only achievement of the Congress regime was axing of the apple orchards of small and marginal farmers, whose only source of income was apples.

Responding to the accusations of Narinder Bragta, Jubbal Kotkhai legislature and Chief Parliamentary Secretary Rohit Thakur has ridiculed the statement and accused him for misleading the horticulturists.

He said Bragta was not able to see the unprecedented development of the area which took place during last four years and eyeing at assembly elections, he was resorting to such tactics to mislead the people.

Thakur claimed that Bragta was only misleading the horticulturists over the issue of imported saplings of apple from Italy adding that the scientists had rejected the possibility of virus in these saplings but despite repeated clarifications he was un-necessarily airing this issue.

The Chief Parliamentary Secretary said that State Government is sensitive towards interests of the horticulturists and a horticulture scheme worth Rs. 1134 crore has been implemented which will bring a sea change in this sector. 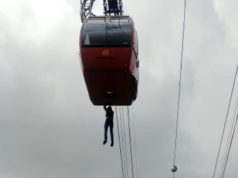