The Government of India and the Asian Development Bank (ADB) today signed an agreement for the first tranche (US$ 113 million) under the US$ 350 million Himachal Pradesh Clean Energy Transmission Investment Programme which is a multi-tranche financing facility. The total estimated investment cost of the programme is US$ 437.85 million which includes financing of US$ 87.85 million by the state govt. of Himachal Pradesh. The programme is for the upgradation of transmission system to help Himachal Pradesh take greater advantage of its vast hydropower resources. It will help expand the supply of power to industry, commerce and households, within and outside the state, and thereby contribute to job creation and poverty reduction.

Speaking on the occasion, Joint secretary, Venu Rajamony said that this programme will help in upgrading the transmission system of Himachal Pradesh to take advantage of its vast hydropower resources. It will not only contribute to economic development in Himachal Pradesh, but will also enable a clean, indigenous source of energy to flow to other parts of the country where demand is rising as a result of strong economic growth, he said.

Kim, ADB Country, Director for India stated that the programme will fund much needed new high voltage lines and other transmission infrastructure to allow the state to increase output to meet growing local and national demand for electricity. He said that it will also enable the recently formed standalone transmission utility, HP Power Transmission Corporation Ltd., to strengthen its financial and asset management capabilities, allowing it to move ahead with a transmission development plan that seeks to support current and future investment in new hydropower facilities”, said Mr. Kim.

ADB’s loan has a 25-year term including grace period of five years and interest determined in accordance with ADB’s LIBOR-based lending facility. HP Power Transmission Corporation Ltd. will implement the programme which is expected to be completed in December, 2017.

Himachal Pradesh, a small mountainous state with five major rivers, has about a quarter of India’s total hydropower generation potential. It wants to scale up generation, but its transmission facilities in certain locations are currently unable to handle large amounts of additional power. 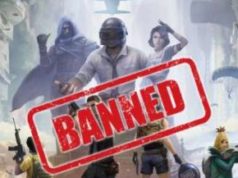 Govt to focus on Disaster-resilient infrastructure to mitigate losses from cloudbursts,...