Devbhumi Himachal is once again tainted with lust as a woman reports of alleged rape against her. The women has complained at Nirmand police station that Anil of Sarchi village in Banjar allegedly abducted her and then raped her repeatedly. She said that she was taken on the pretext of marriage by Anil and was raped. The SP in charge asserts that medical reports confirm of sexual misconduct and thus a case has been registered against the accused under Sections 366, 376 and 506. 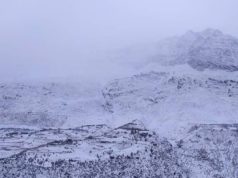 HPPSC to hold direct interviews for various posts in Dept of...