Shimla: On this historic occasion of Golden Jubilee of Statehood, the Himachal Pradesh Department of Public Relation has released a ‘Swarnim Himachal Shikhar Ki Ore’ a documentary narrating its journey from 1971 to till today.

From roads to electricity, hospitals to schools, maker has elaborated each and every development of the state. Perfectly compared and given detail of the development of the state made in the last 50 years. However, surprisingly Government funded documentary and released on official YouTube page of DPR Himachal, failed to give any credit to the Congress party led state government and Chief Ministers who had represented state for over 32 years out of last 50 years.

Congress Ram Lal Thakur again sworn-in on 14 February 1980 and run the government till 7 April 1983 when Virbhadra Singh taken over from him and headed the government till 5 March 1990. Shanta Kumar again become Chief Minister on 5 March 1990, but following president rule he had to resign on 15 December 1992 and thereafter state was under president rule for next 353 days.

Virbhadra Singh again formed the government on 3 December 1993 till 23 March 1998. In 1998 people of the state given fractured mandate and with the help of Congress rebel Pt. Sukh Ram, BJP succeeded in forming government under Prem Kumar Dhumal till 5 March 2003. Congress again in 2003 returned to the power with Virbhadra Singh on the helm and in 2007 assembly election Prem Kumar Dhumal formed the Government. During the Twelfth Assembly election Congress again represented the state with Virbhadra Singh at the helm and after serving for full 5 years and 2 days BJP supported jai Ram Thakur government came in power on 27 December 2017.

Every governments have its share in the development of the state, every Chief Ministers have their contribution in the modern day Himachal. 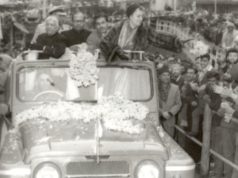 Governor lauds the role of Ramkrishan Mission in building a health...