The Bilaspur police has nabbed four ATM money thieves after they took out Rs 15,000 from the ATM account of Binta Devi of Gurjadu-Ghumarwin.

SP Santosh Patial said two youths were following this woman. Binta, who was accompanying her father, went to the ATM of the State Bank of India and took out Rs 10,000 from it. Luckily, her husband, who had received two SMSes of withdrawal of money from the bank, rang her up to enquire why she had taken out Rs 10,000 and Rs 15,000 one after the other. After that, Binta and her father raised an alarm and a large number of people gathered there and also informed police.

This also alerted these thieves and they tried to flee in a car (HR-32C-0870). However, to nab these thieves, police set up nakas at various escape routes and after small chase police managed to stop the car and arrested four persons, identified as Inderjit (25) of Kaithal (Haryana), Mahender (23), Mahender (25) and Ranjit (25), all of Hisar (Haryana), from this car. On their search, police found 19 ATM cards of various banks and Rs 50,000 cash. A case has registered against them. Prior Poll CM dolls out Rs. 102-cr DWSS for Ghumarwin and adjoining areas 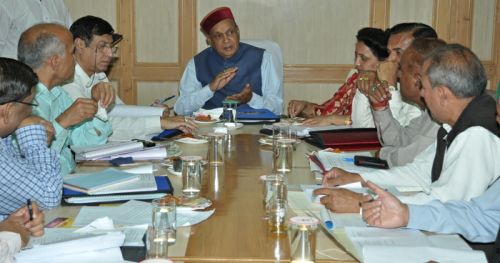