Himachal Pradesh Health Minister Dr. Rajiv Bindal resigned from the Prem Kumar Dhumal cabinet. Bindal will take the responsibility of General Secretary of the state unit of ruling BJP ahead of assembly polls due early next year.

Opposition Congress and rival section within BJP has many times questioned Bindal’s induction in the cabinet and alleged his involvement in many corruption cases. However owing closeness to Prem Kumar Dhumal he stayed cabinet minister and barely three months to the assembly election he was indicted as a General Secretary of BJP State unit. It is speculating that the decision to drop him from the cabinet is to only assuage the distracters within the party fold as few of them had already formed a new political outfit and other can also harm the party’s chance of winning election. 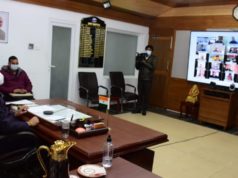 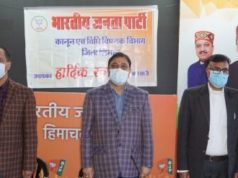