Chief Minister was speaking in the 92nd Raising Day Function of Kangra Central Cooperative Bank at Amb in Una district. He announced opening of a timber sale depot in the area. He said that possibilities would be explored to open Gas and Oil depot of Indian Oil Corporation at Bhanjal. He said that various posts would be filled up in the bank besides opening new branches to facilitate the consumers and added that 30 percent reservation would be provided for class IV posts.

He lauded the achievements of the bank and congratulated for winning the credibility of the consumers. He said that the bank had earned deposits worth Rs. 3811.39 crore during last year besides earning profit worth Rs. 55.84 crore.

Chief Minister released a book, describing the history of the bank authored by Prof. Chandravarkar, former MLA. He also honoured the managers of various branches of the bank for rendering yeoman service. He also honoured Bishambar Dass, local resident for providing land on lease to the bank.

Parveen Sharma, Vice Chairman, State Water Management Board welcomed the Chief Minister and expressed gratitude towards the Chief Minister for providing developmental projects worth Rs. 100 crore to the people of Chintpurni assembly segment. He said that Rs. 35 crores were spent on providing drinking water and irrigation facilities in the area during last four years. He also demanded opening of timber depot and constructing of Subzi Mandi at Amb.

Balbir Chaudhary, MLA Gagret said that the State had achieved great heights in development under the leadership of Prem Kumar Dhumal, Chief Minister and added that sincere efforts were made to uplift the weaker sections of the society.

R.S. Mankotia, Chairman, Kangra Central Cooperative Bank welcomed the Chief Minister. He said that 155 branches had been connected to Central Banking facility besides setting up 31 ATMs. A decision to provide credits upto Rs. 50,000 without guarantee to women for purchasing jewellery was taken by the Bank, he added. Sandeep Kumar, Managing Director of the Bank proposed vote of thanks. 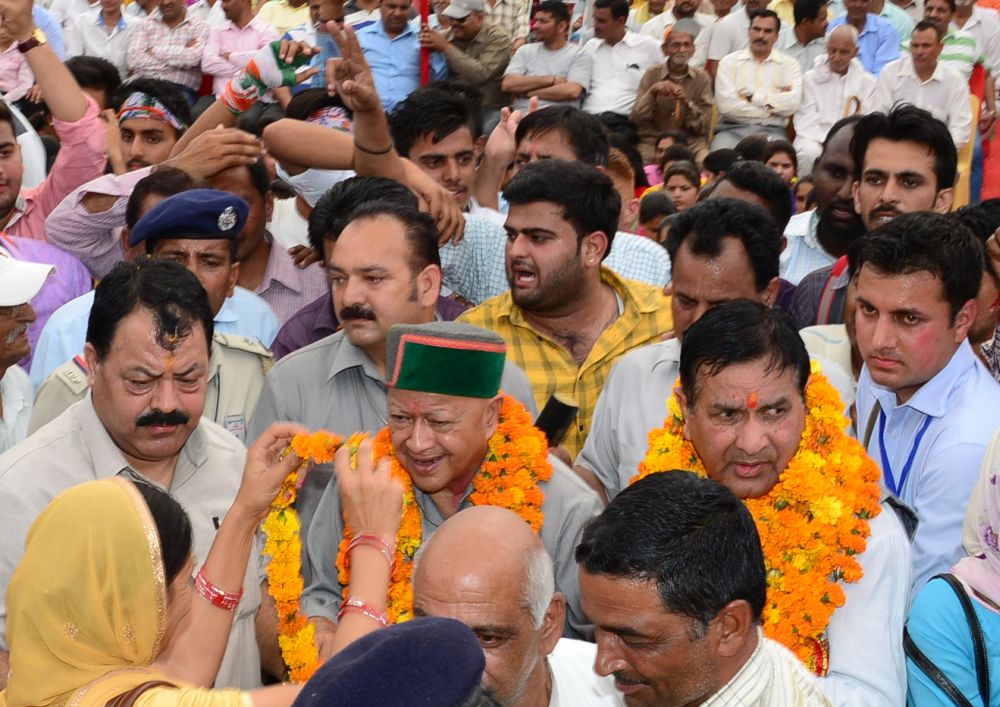 Construction work of Mehatpur-Amb highway set to be delayed further CM doles out projects worth crores for Jaisinghpur segment