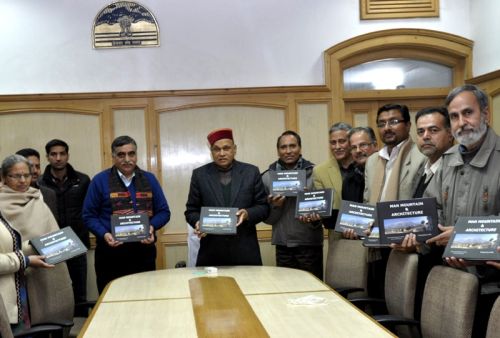 Chief Minister lauded the efforts in bringing out the book. He said that Himachal being a hilly state required different architectural para-meters to create infrastructure varying from place to place keeping in view the climatic conditions of the area specific. He said that undoubtedly the architects of the State had been successful in incorporating ethnic traditional hilly architect with modern designs to construct buildings, bridges and other structures in the State. He underlined the need for designing future buildings which were eco-friendly, energy efficient solar passive, naturally lighted, earthquake resistant, cost effective and suitable to local climatic and traditional designs besides adding provisions of rain water harvesting into all such structural plans.

Five Parking slots to be developed in Shimla