Rising level of mercury in the plain areas are forcing tourists to flocking to the hill stations of the State. According to the data by Tourism Department, hotels at popular tourist destinations like Shimla, Khajiar, Dalhousie, Manali, Chail, Kasauli has registered 90% occupancy during last week. Dr Arun Sharma, Director Tourism Department said that there was an increase in the number of tourists visiting the State in the first quarter of this year. Till April this year, 51.49 lakh tourists out of which 50.30 lakh were domestic tourists and 1.19 lakh foreign tourists visited Himachal. Counting Shimla, Kullu, Kangra as the first preference of tourists, he said that 9.25 lakh, 10 lakh and 7.15 lakh tourists visited Kullu, Shimla and Kangra districts respectively.

Dr. Sharma said that during the previous year, 1.32 crore tourists had visited the State and added that 300 new hotels were registered during the same period. He said that the Tourism Development Department had offered special packages for the tourist circuits of Shimla, Manali and Dharamsala. Keeping in view the rush of tourists, five Volvo buses are being run daily to Manali, Shimla and Dharamsala. 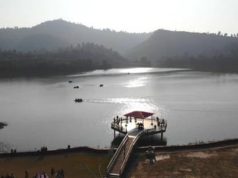