Hyderabad: Expressing serious concern over rising money power eroding the credibility of the country’s democratic polity, Vice-President of India M. Venkaiah Naidu has called for effective laws of Parliament in quick time and simultaneous polls to check the menace.

Speaking at a conference on ‘Money Power in Politics’ organized by the Foundation for Democratic Reforms, Bharat Institute of Public Policy and the University of Hyderabad Naidu accepted that it is a reality that a millionaire has much better chances of becoming an MP or an MLA at the cost of the honest and more deserving low-income Indians and referred to the assets of 475 members of the present Lok Sabha accounting for 88% of the 533 members whose declared assets were examined being in several crores. The Vice President said

“Two glaring distortions (in democratic polity) need to be addressed by the political system with a sense of urgency and unity. The first is the use of enormous money power-often unaccounted for and illegal- in politics and elections. The second is the increasing attempts to entice the voters (by the governments) with short term benefits at the cost of long-term goals of ensuring basic amenities, infrastructure, quality education and healthcare and growth and job opportunities.”

Naidu lamented that “Unregulated higher election expenses foster corruption and threaten quality of governance through compromised policy-making and administration besides undermining the fairness of the election process.” Referring to the entry barriers and denial of level playing field to the more capable and public spirited by the rich, he has pitched for a strict code of conduct for the political parties with regard to the source of funding, expenditure on political training and mobilization of cadres and other political activities, funding of elections and candidates etc.

Urging the political parties of the world’s largest democracy not to shy away from being financially accountable in the interest of transparency of the country’s democratic polity, Naidu said; “I suggest that Parliament should think of making a law for ensuring transparency in the polity through appropriate and actionable regulatory measures to make accounts of political parties public.” He further said that several other democracies have systems in place under which finances of political parties are regularly audited.

The Vice President observed that short term benefits offered by the governments in the form of populist schemes for electoral advantage are at the cost of their ability to perform main functions besides adversely impacting the long-term interests of the poor and the middle class. He urged the economists, social scientists, media and civil society to evolve mechanisms to find a reasonable balance between short term income boosting and long-term development and poverty eradication objectives. Naidu said

“Perhaps, time has come to consider suitable legislation on the lines of FRBM (Fiscal Responsibility and Budget Management Act that puts a cap on Fiscal Deficit). If a cap is introduced on the proportion of budgetary resources that can be deployed for short term benefits by law, then perhaps, all political parties will have a level playing field and reckless and unsustainable populist measures can be kept under check.”

“There are certain apprehensions in some political parties that simultaneous polls may benefit some parties with a larger support base and charismatic leadership to the detriment of others. This apprehension does not seem to be well-founded as the Indian voter has demonstrated his maturity in voting.”

Naidu noted that state funding of elections is fraught with too many issues of implementation to be resolved besides being a double-edged weapon as it could adversely impact mass political engagement by the parties as opined by some commentators.

Stating that democracy has stabilized in the country by taking deep roots over the last 70 years, Naidu said that it is however, afflicted by ‘quality deficit’ which needs to be addressed by eradicating identity-based voting and voting for cash. He called for educating voters to wean away from voting for money as it amounts to the highest form of moral compromise besides eroding the sanctity of electoral process. Naidu noted that voting for cash and other allurements results in forfeiting the right to take the government voted for to task for its failure to deliver on the promises made.

Naidu hoped that some effective measures would be put in place before the country begins to celebrate the 75th anniversary of independence in 2022, to checkmate the role of money power in the polity of the country.

He urged the citizens to choose their representatives based on ‘Character, Conduct, Calibre and Capacity’ and not to be guided by ‘Cash, Caste, Community and Criminal prowess’ of the candidates. 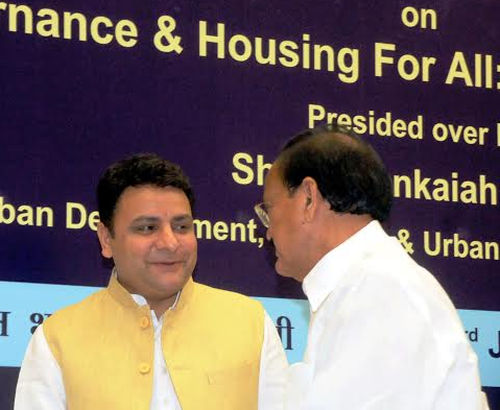 CBI to Delhi HC: No proof found for registering case against...