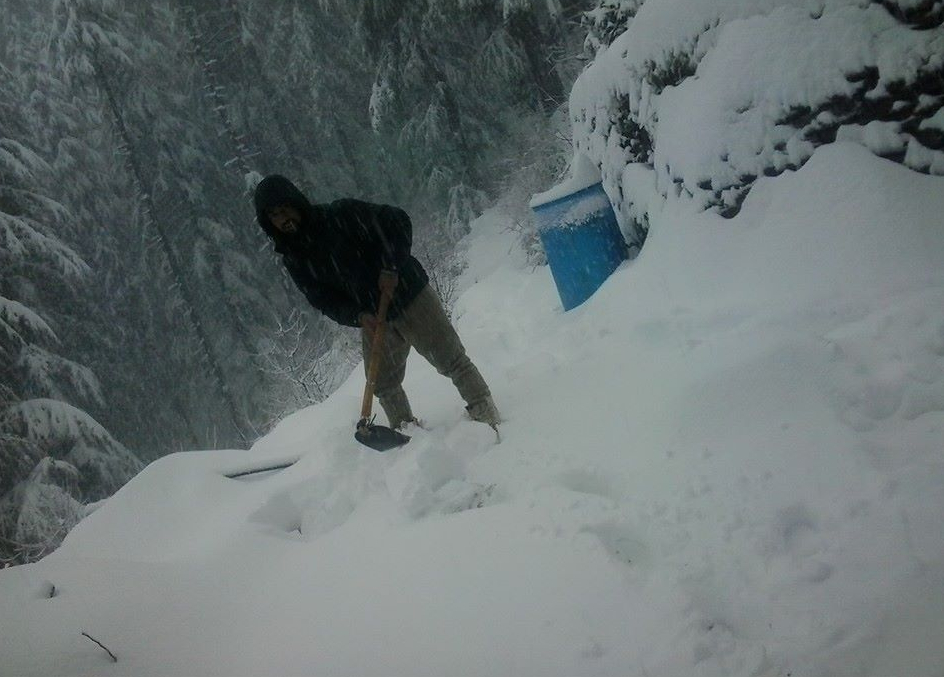 Heavy snow in high altitudes and rain in mid and lower region have crippled life in the state.

Kalpa and Keylong in Kinnaur and Lahaul and Spiti districts recorded above 70cm of snow, while Rohtang Pass, Mari, Koksar and Churdhar ranges received around 60cm of snow. Narkanda, Khidki near Chopal, Kharapathar and Baggi recorded around 30cm of snow.

Most of high altitude tribal areas and Chopal, Rohru, Rampur, Kinnaur and Pangi region of Chamba district have cut off from rest of the state by road.

Temperature in the state is also dropped by five to eight degrees. As reported maximum temperature in Una recorded 18.6 degrees Celsius against yesterday’s 25.2 while Nahan recorded a high of 17.2, Sundernagar 15.4, Dharamsala 15.2, Solan 14, Bhunter 13, Shimla 8.3, Manali 8.6 degree and Kalpa 0.4 degrees Celsius.

The local MeT office has predicted heavy rains and thunder storm at isolated places in lower hills, rains or snow in mid hills and heavy snowfall in higher hills for another 24 hours.

Woman in Nari Seva Sadan claims to be Pakistani national