Over the decision of Himachal Pradesh High Court, State government, in its press statement stated that Govt has highest regard for the High Court and the rule of Law, the Government is committed to abide by the orders of the High Court in the instant matter of the Writ Petition of HPCA as also other matters.

Spokesperson of the Government stated that Govt has yet to receive a copy of the order and shall carefully examine it before proceeding further in the matter. He said that it appears that the Hon’ble Court has not questioned either the legality or the merits of the decision of the Government; albeit it has made some observations on the mode of execution of the decision, which was taken after evaluating all aspects of the matter. The order of the High Court, it is learnt, is confined to the implementation aspect only.

He said that while ordering status quo ante, the High Court, it has been learnt, has given liberty to the authorities to proceed in the matter in consonance with the law and decision taken in accordance with it.

The spokesman said that the Government will examine very carefully all related facts, circumstances and the legal provisions in this case. He said that the Government is determined to ensure transparency in public affairs and to this end would further ensure that public assets are accessible to all members of the public and citizens of the state equitably and not become a monopoly of a section of powerful individuals and interest groups. 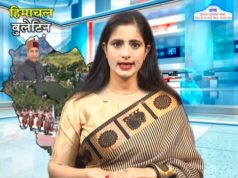