Irrigation and Public Health Minister Ravinder Singh Ravi hold a series of meetings with Union Minister for Water Resources Pawan Kumar Bansal, and Union Minister for Drinking Water and Sanitation Jai Ram Ramesh, at New Delhi and discussed various issues of the State with them. Ha also participated in the Upper Yamuna Board meeting.

Ravinder Singh Ravi said that Central Government should meet the entire expenditure on account of 40MW Renuka Hydel Project and income on account of this will be Himachal Pradesh. He said that as the project is being constructed in Himachal Pradesh it was its legitimate right that State gets the entire income form it as the water of this project will be utilized in Delhi. Irrigation and Public Health Minister said that about 2000 persons to be displaced from construction of this project and center government should provide them proper rehabilitated besides appropriate compensation.

Taking up the matter of 160 MW Kashu hydel project, he said that Central Government should also meet the expenditure on account of construction of this project. Himachal Pradesh should be given 12 percent free power besides preferential right on the remaining 88 percent power. He said that Himachal Pradesh and Uttranchal had the first right for it.

Taking up matter with Union Minister Jai Ram Ramesh, Minister said that though Himachal Pradesh is a Special Category State but for rural water supply schemes it is not being considered for 90 percent grant from the Central Government and urged him to look into it and give due consideration. The Union Minister assured him that Government of India will look into all the projects submitted by the State Government and also the matter raised by Ravi about Special Category State for grant in rural water supply schemes. CM assures to give adequate compensation to Renuka Dam oustees 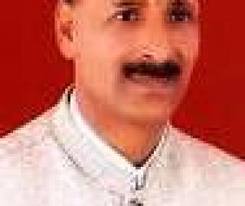