17,630 New Household water tap connections provided against a target of 13,003 in Himachal 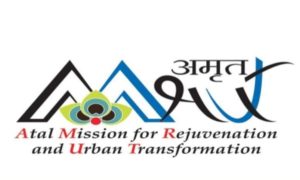 New Delhi: Himachal Pradesh has completed 32 AMRUT Projects and 41 projects under implementation in the State.

Durga Shanker Mishra, Secretary, Ministry of Housing and Urban Affairs (MoHUA), during his interaction with the Chief Secretary and Principal Secretary of Himachal Pradesh, appreciated the progress made by the State under AMRUT Mission.

He advised them to complete all the projects within the extended Mission period up to 31st March, 2021 so as to avail the Central Assistance (CA) which is 90% in the case of the two hill States.

Himachal Pradesh has so far replaced 12,186 streetlights against the targeted 9,621 with LED lights.