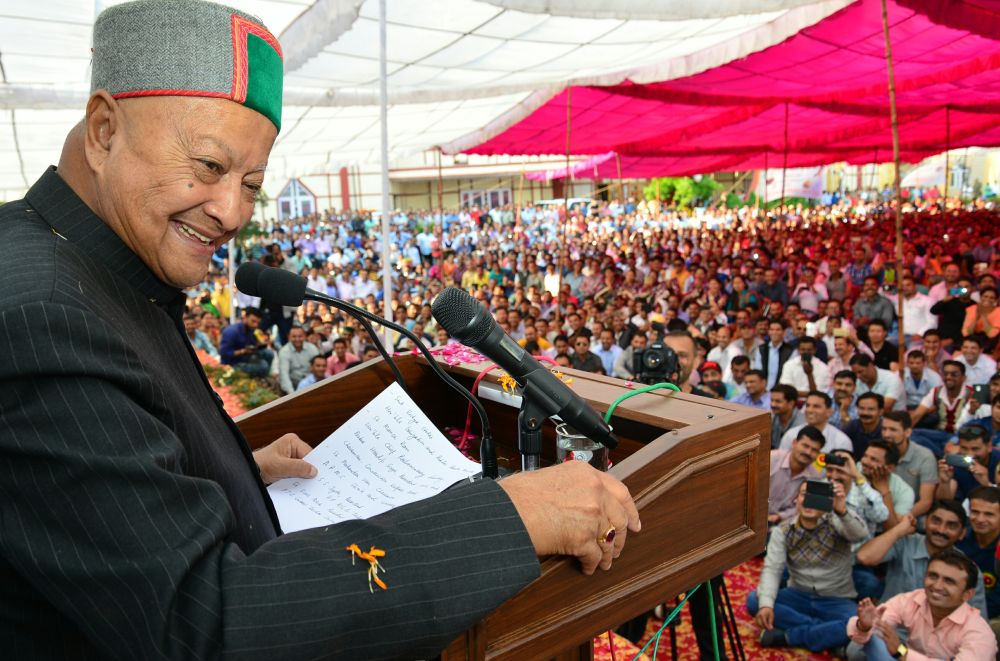 Shimla: Himachal Pradesh Chief Minister Virbhadra Singh assured for redressal of the grievances of the PTA appointed teachers. The Chief Minister, in a function organised by PTA Contract Teachers Union at Hotel Peterhoff today, said the legal fight can be solved legally.

He said that State Government was seriously deliberating the issue of regularisation of the PTA teachers with the legal authorities in Supreme Court and certainly something positive would come out. He said that many issues of PTA had been solved and few left out issues would be solved legally.

Blaming BJP led previous government for present mess of PTA appointed teachers, Singh said that if the previous BJP government would have worked prudently, this issue would not have cropped up instead they objected the move. However, the government would surely ponder over the suggestions given by the association. It would my earnest efforts to provide justice to PTA teachers, he further added.

The Chief Minister also acceded the demand to examine the demand of one time relaxation and assured to take decision within the preview of norms.

State Youth Congress President Vikramaditya Singh lauded the role of PTA in imparting education in far-flung region of the state. He said that it was due to PTA serving in far flung areas that in education sector, the state was adjudged as the Best Big State in thes field of education.

Vikramaditya also supported the demand for one time relaxation in service gap of PTAs and for enhancing the salary of PTAs at par with regular teachers.

PTA Association demanded for regularising all 7000 PTA teachers who had completed eight years of continuous services and also sought for one time relaxation in the norms pertaining to service gap period of PTA who were not under the fold of contract. As many as 5500 PTA teachers were brought under contract leaving 1368 teachers after the Supreme Court intervened.

Governor for adopting Sanskrit as second language in schools