Shimla: Teaching staff of Integrated Institute of Himalayan Studies (IIHS), H.P. University has started a chain hunger strike against HP University authority for not regularizing their services even after High Court order.

IIHS protesting staff has expressed their resentment towards the university administration for not complying with the order of Himachal Pradesh High Court of under CWP 634/2008 on dated 18 April, 2012 and then 24 July, 2013.

The protesting staff has been demanding the regularization of their services since a long time, but after failing to get respite from the University Authorities, agitated IIHS staff files a writ petition in the HP High Court, which gave its order in favour of staff. Even the Registrar of H.P. University Mohan Lal Jharta had also accepted on 24th July, 2013 by filing the affidavit in the court that order of the High Court will be complied with the give time frame.

To look into the matter, the Executive Council of HPU constituted a committee under the chairmanship of Bamber Thakur, member EC and deans from different faculties were its member. The committee, in its three meeting, has submitted its report to the vice-chancellor as well as Executive Council, which were in favor of staff.

Protesting staff has warned university authority to accept their demands and threaten to start ‘Amaran Anshan’ fast-unto-death, if their demand of regularization wasn’t fulfilled within two days. 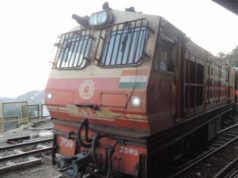 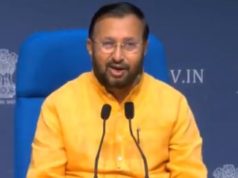